River and Elizabeth Mitchell were honored with the Oklahoma Farm Bureau Young Farmers and Ranchers Achievement Award at the organization’s 80th annual meeting Nov. 6 in Norman.

The Farm Bureau Achievement Award recognizes Young Farmers & Ranchers who have excelled in their farm or ranch and have honed their leadership abilities through Farm Bureau and other activities and organizations.

“We are honored to receive this award,” River said. “We are just one ranching family within the industry, and we are looking forward to what the next year has to offer.”

The Mitchells operate a cow/calf herd in addition to a stocker operation. In addition, the family operates Great West Carriage Company near Chickasha.

River began his Farm Bureau involvement while in college and has became more involved since graduating and returning back to the ranch. He serves on the state YF&R committee, as well as the Comanche County Farm Bureau board.

“We have had a great year serving on the YF&R committee and look forward to what the next year brings,” River said.

River and Elizabeth focus on becoming more efficient in their operation.

The Oklahoma Farm Bureau Annual Meeting is the organization’s largest yearly gathering of farmers and ranchers. At the event, members vote on grassroots policy, elect leaders and award outstanding individuals. OKFB has a presence in all 77 Oklahoma counties and serves as the voice of agriculture and the rural way of life. To learn more, visit www.okfarmbureau.org. 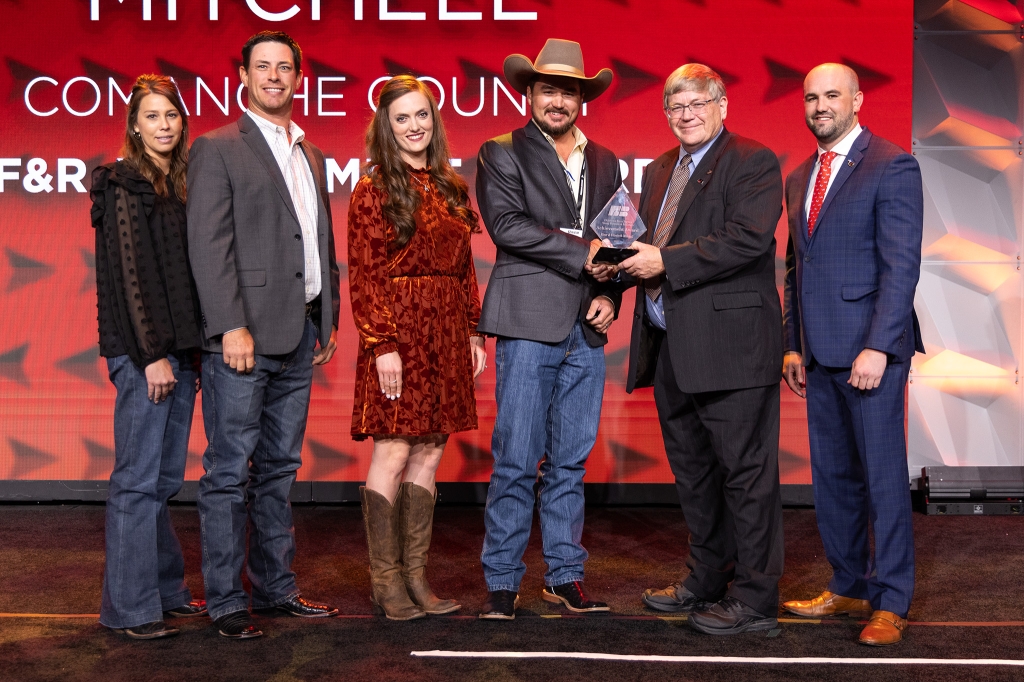