Final approval of the United States-Mexico-Canada Agreement is desperately needed by farmers across the country, Oklahoma Farm Bureau President Rodd Moesel said in a story aired on Fox 25 News. 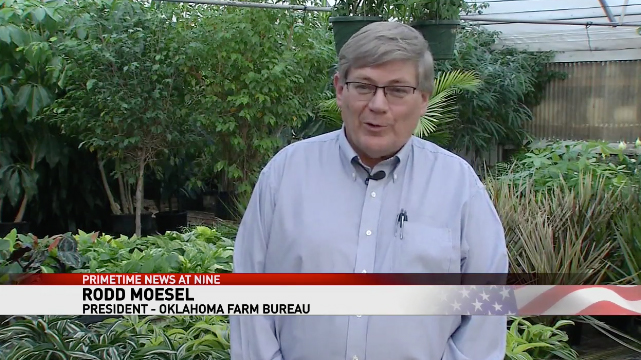 “All across the country, farmers are stretched to their absolute end,” Moesel said in the story. “Depending on your commodity, you’ve had four or five years of very low prices.”

The trade agreement with Canada and Mexico is now must be approved by the Senate after it was overwhelmingly passed by the House of Representatives in December 2019.

“Canada had graded our wheat very harshly, so it paid our wheat farmers a feed grade price, so for feeding to animals instead of a human food grade,” he said in the story. “So it’s going to be a big help to our grain farmers.”

Moesel also is hopeful that final approval of the USMCA will lead to more progress on trade deals with other countries.

“Getting this deal done hopefully sets the stage to getting full deals done with China and Japan and many of our other trading partners around the world,” Moesel said.