Justin and Chrissy Maxey of Nowata County were honored with the Oklahoma Farm Bureau Young Farmers and Ranchers Excellence in Agriculture Award during the organization’s annual meeting Nov. 9 in Oklahoma City.

The award is presented to young farmers and ranchers – who do not derive a majority of their income from an operation – for excellence in Farm Bureau and the agriculture industry.

Both growing up around agriculture, the couple purchased land and a home after graduating college and began to grow their cow-calf operation. When not working their full-time jobs at Phillips 66 and ConocoPhillips in Bartlesville, Justin and Chrissy spend nearly all of their time on the ranch with their two children, Wyatt and Audrey.

“We had a good farming and ranching foundation, but we didn’t start out with a family ranch given to us or one that we were going to come back and run after college,” Chrissy said. “It’s nice to know that we can do that ourselves.”

The northeastern Oklahomans believe in investing in local youth as Justin serves on the county spring livestock show board and Chrissy provides lessons to local kids interested in roping, riding and ranching. The Maxeys also assist local students interested in agriculture by providing show animals.

The couple deeply values Farm Bureau, where they have served on the state YF&R committee since 2015 and attended numerous state and national conferences and conventions. The two also serve on the Nowata County Farm Bureau board of directors.

“We’ve had the opportunity to volunteer so much with the YF&R and it’s nice to get an award for all the things we’ve done,” Chrissy said.

The Oklahoma Farm Bureau Annual Meeting is the organization’s largest yearly gathering of farmers and ranchers. At the event, members vote on grassroots policy, elect leaders and award outstanding individuals. OKFB has a presence in all 77 Oklahoma counties and serves as the voice of agriculture and the rural way of life. To learn more, visit www.okfarmbureau.org. 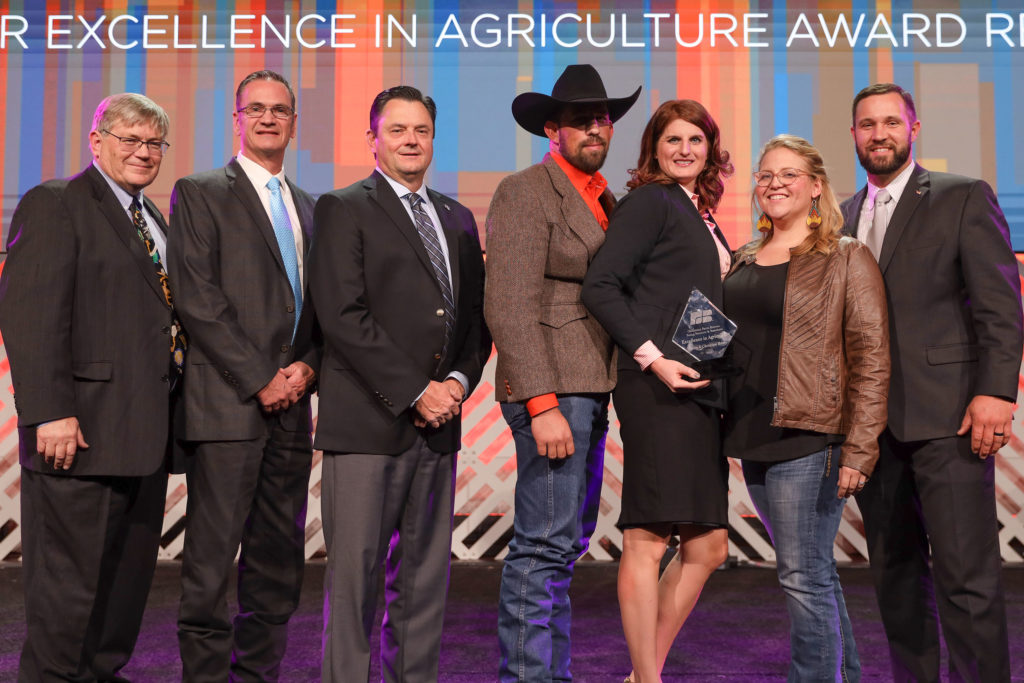