You are here: Home / News Center / OKFB describes impact of low commodity prices in The Oklahoman

Oklahoma Farm Bureau President Rodd Moesel described the dire circumstances facing many of the state’s farmers and ranchers in a story in Sunday’s edition of The Oklahoman. The story, published on the front page of the paper, explored the impact that weak commodity prices are having on agricultural producers. 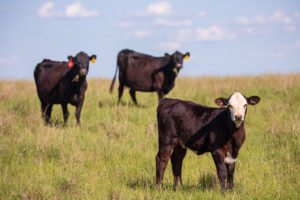 The U.S. Department of Agriculture’s Economic Research Service predicts net farm income at $92.5 billion, or 25% lower than in 2013. Meanwhile, total farm sector debt nationally in 2019 is expected to reach $415.5 billion.

“It is like a slow-drip water torture,” Moesel said in the story. “It isn’t unusual for farmers in our part of the country to have a bad year every now and then. But we are into five years in a row that commodity pricing has been about half of what it was before.

“People can’t replace their equipment, they are using up the savings they had and they are dipping into their borrowing capacity, if they still have it. I am meeting more and more young farmers who are highly leveraged who are having to sell parts of their farms to keep the rest. It is not a pretty picture at the moment.”

Read the full story on The Oklahoman website here.