You are here: Home / News Center / OKFB members discuss challenges in agriculture in The Oklahoman

In a front page story in Sunday’s The Oklahoman, two Oklahoma Farm Bureau members had the opportunity to share about the variety of challenges facing Oklahoma farmers and ranchers.

Kay County member Joseph Tripp of Blackwell and Noble County member Marty Williams of Red Rock discussed the years of bad weather, depressed commodity prices, unpredictable trade disputes that have taken a toll on farmers and ranchers across the state. 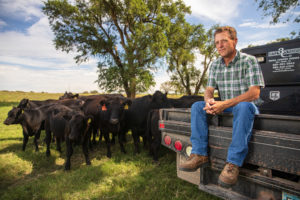 “We’ve cut back and we’ve cut back and we’ve cut back,” Tripp said in the story. “There’s only so much you can cut back on. If you can imagine, we’re standing on top of a cliff and it’s behind us and we’re backing up and backing up, just trying to get us away from another dangerous situation. … Now our feet are at the edge of the cliff and we can’t back up anymore. We can’t back up financially or cut anything anymore, there’s nothing left to cut. And yet we can’t seem to make any money.”

On top of everything he’s facing, Tripp said he also deals with the responsibility of carrying on the family farm for his children and grandchildren. 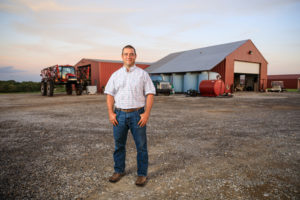 Throughout 2010 to 2013, Williams and his wife Crystal were able to expand their family’s farm and purchase additional land. But in 2015 and 2016, crop prices dropped dramatically and production costs remained high.

Facing the possibility of bankruptcy, Williams and his wife decided instead to work on paying back their debts.

“We just decided we got into this mess, we’ll get out of it,” Williams said in the story. “It’s going to be a long row to hoe. My banker and I and my wife, we call it basically treading water. Right now we’re treading water, but things have gotten a little better.”

Despite all the tough times, Williams told The Oklahoman he has been able to find some bright spots.

“Every time I say it can’t get any worse, somehow it does, but I really honestly think we’re coasting at the low and there’s at least enough things out there to be cautiously optimistic for the next three or four years,” he said.

Read the full story by Darla Slipke of The Oklahoman here.