The YF&R program helps young Farm Bureau members shape their futures and American agriculture through leadership development and personal growth opportunities. Three competitions enable members to showcase their leadership experience, communication skills and successful business plans as they compete against the best of the best from each state Farm Bureau. 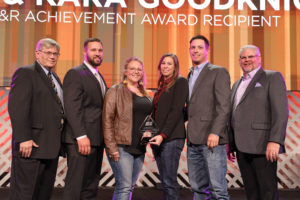 The winners of this year’s OKFB YF&R Achievement Award, Cody and Kara Goodknight of Comanche County will compete to win the AFBF YF&R Achievement Award. The award recognizes young farmers and ranchers who have excelled in their farm or ranch and have honed their leadership abilities to superiority. Participants are involved in production agriculture with a majority of their income subject to normal production risks. 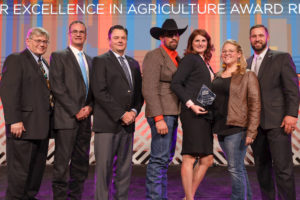 Nowata County Farm Bureau’s Justin and Chrissy Maxey will represent Oklahoma in the AFBF YF&R Excellence in Agriculture award competition. The couple was named the 2019 OKFB YF&R Excellence in Agriculture winner at the OKFB Annual Meeting in November. The award spotlights young Farm Bureau members who are agricultural enthusiasts but have not earned a majority of their income from an owned production agriculture enterprise in the past three years. 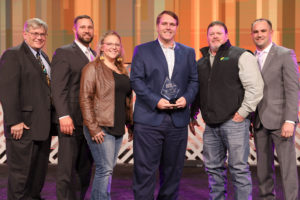 Chism Sander of Dewey County Farm Bureau will compete in the AFBF YF&R Discussion Meet, after winning the state competition at the annual meeting in November. The discussion meet event simulates a committee meeting where discussion and active participation are expected from each participant. Participants build basic discussion skills, develop a keen understanding of important agricultural issues and explore how groups can pool knowledge to reach consensus and solve problems.

As part of the YF&R competitions, the top four competitors in the Achievement Award, Discussion Meet and Excellence in Agriculture areas will receive the following prizes.

Winner – First Place: A new Ford vehicle, up to a value of $35,000, and paid registration to the AFBF YF&R Leadership Conference in Louisville, Kentucky, courtesy of Ford.

Learn more about YF&R competitive events on the AFBF website.