You are here: Home / News Center / OKFB’s priorities in the 2020 legislative session

With a new governor, a new administration and many new faces in the state Legislature, 2019 was filled with excitement and optimism around what seemed like the beginning of a new era in Oklahoma. A number of new ideas on agriculture and rural issues were considered by the state Legislature, but many were put on hold for further discussion. As lawmakers return to 23rd and Lincoln in February, Oklahoma Farm Bureau expects to build on last year’s momentum on many of the organization’s priorities including property taxes, rural health care, rural broadband and Extension funding. 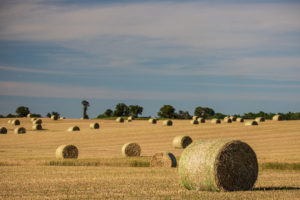 Over the past few years, the state Legislature increasingly has focused on various proposals to expand the use of ad valorem taxes in Oklahoma. Last year brought a push to create municipal public safety protection districts funded by ad valorem taxes. This year, cities and counties are both expected to aggressively promote legislation that would allow them to levy new ad valorem taxes.

OKFB will continue to be engaged in these discussions to make sure the interests of landowners, especially farmers and ranchers, are protected.

Under the current legal framework in Oklahoma, counties have limited authority to create zoning rules or regulations. Yet some areas of the state have proposed to solve local problems through a county-wide ordinance. OKFB expects legislation to be proposed this year to grant counties the authority to zone unincorporated areas.

A significant change to current law, Farm Bureau members are concerned this legislation would open the door for a vast expansion in government jurisdiction and potentially dangerous unintended consequences. Rural areas must not become a patchwork of burdensome rules and regulations. OKFB will work to ensure farmers and ranchers remain free to care for their land within the bounds of state laws and regulations. 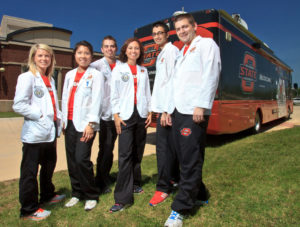 Access to quality and affordable health care is crucial to securing the future of the rural way of life. But it’s no secret that access to health care in rural Oklahoma is lacking. All 77 Oklahoma counties have areas with a shortage in primary care health care professionals, while 61 entire counties are considered primary care professional shortage areas. Many rural communities have lost their local or regional hospitals. Farmers and ranchers in some cases are forced to travel hundreds of miles to receive basic medical services.

Last year, OKFB helped advocate for legislation that would modernize regulations for nurse practitioners and certified registered nurse anesthetists practicing in rural areas but the measures ultimately were unsuccessful. Legislation also was considered that would provide tax incentives to physicians who practice in rural areas. Because rural health care continues to be a priority for many Farm Bureau members, OKFB will stay involved and engaged in the conversations and consider any ideas to improve the quality of life in rural Oklahoma.

As the calendar turns to the year 2020, a staggering 24% of Oklahomans lack access to high-speed internet, while nearly one-third of Oklahomans have fewer than two providers to choose from, according to a recent report by the Federal Reserve Bank of Kansas City. In an era when internet access is nearly essential to everyday life, rural Oklahomans are being left behind because of a lack of affordable, reliable access to broadband.

Agricultural producers need access to high-speed internet to manage and operate a successful business, just like small businesses in urban and suburban communities. Broadband also is key to allowing farmers and ranchers to follow commodity markets, communicate with their customers, and gain access to new markets around the world. OKFB will be looking to the state Legislature to consider ideas and options to bring affordable high-speed internet to all rural Oklahomans. 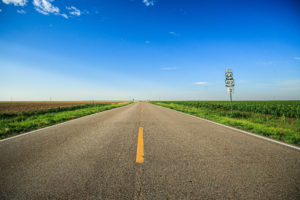 From shipping food and fiber across the nation and world to driving kids to school, dependable roads are vital to quality of life in rural Oklahoma. Last year, lawmakers helped restore funding to the County Improvements for Roads and Bridges Program. Throughout the legislative session, Farm Bureau will encourage the state Legislature to look for opportunities to invest in bettering county roads and bridges.

Many OKFB members have voiced concern about increasing amounts of damage to property from nuisance animals such as feral hogs, black vultures, white-tailed deer and Canada geese. These species can completely destroy fields, harm livestock and damage equipment.

Yet current state laws and regulations limit the ability of producers to defend their crops, land, equipment and other property. Farmers and ranchers must have the ability to protect their property when it is threatened by one of these species. OKFB will work with legislators and state agencies this year to find ways to free up farmers to protect their property from nuisance animals.

The Oklahoma Cooperative Extension Service plays a vital role throughout Oklahoma. From providing cutting-edge research for farmers and ranchers to offering leadership development programs through 4-H, Extension is deeply valued by OKFB members. Over the past decade, Extension has faced a $7 million decline in its state appropriations. Even after lawmakers provided additional dollars to Extension last year, an expansive funding gap still exists due to multiple years of state budget cuts. As always, Farm Bureau will seek to protect and restore funding for county extension offices to prevent consolidation and maintain services.