More than a year after President Trump signed the United States-Mexico-Canada Agreement with leaders from Mexico and Canada, Oklahoma’s Congressional delegation is unanimous in support of the trade deal. All five members of the House and both U.S. senators call on House Leadership to work together to bring the USMCA for a vote before the end of the year. 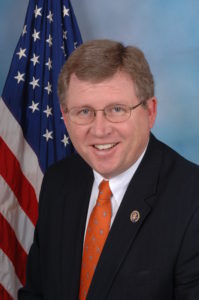 “It’s been just over a year since President Trump signed the United States-Mexico-Canada Agreement with his Canadian and Mexican counterparts. A trade deal guaranteeing more American jobs, a stronger economy, and support for our nation’s agriculture producers, the USMCA stands ready to provide millions of valuable opportunities for North America.

“Oklahoma’s manufacturers and agriculture producers know all too well the added value of exporting products into the world market and ensuring a level playing field only heightens our state’s prosperity. I’m proud to join my Oklahoma colleagues calling on House Democratic Leadership to put partisan politics aside and bring the USMCA to the House Floor for a vote. The clock is ticking, and businesses and agriculture producers across Oklahoma are waiting for Congress to act.” 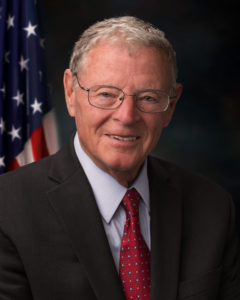 “We are well past a year since President Trump’s announcement of the USMCA trade agreement, yet Speaker Pelosi still hasn’t brought the agreement up for a vote. Oklahoma farmers, ranchers and manufacturers need trade certainty. We can support them through new, fair trade policies if Democrats would stop playing partisan politics. Speaker Pelosi needs to bring the USMCA up for a vote before the end of the year—no excuses.” 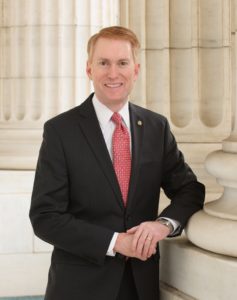 “The USMCA negotiations ended more than a year ago, and it has been sitting in the House of Representatives waiting for a vote. Every manufacturer, agricultural producer, and international business in North America is waiting on the House to finally act. A vote on the USMCA agreement would demonstrate to Oklahomans and the American people that we’re serious about updating NAFTA to reflect the 21st-century interests of American farmers, ranchers, producers, manufacturers, and more. I urge Speaker Pelosi to bring the USMCA to the floor for a vote before the end of the year.” 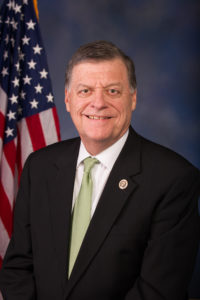 “The United States trades with our two North American neighbors more than any other countries in the world. It’s now been more than a year since President Trump, Mexican President Nieto and Canadian Prime Minister Trudeau signed an updated trade agreement to strengthen that relationship and deliver benefits to consumers and job creators. Unfortunately, each day that Speaker Pelosi prevents a House vote on the United States-Mexico-Canada Agreement is another day that American manufacturers, entrepreneurs, farmers and ranchers miss out on its benefits. I am proud to unify with my Oklahoma colleagues in calling for a vote on this vital trade deal.” 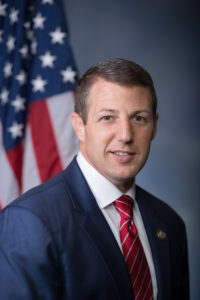 “President Trump promised the American people a better trade deal with our North American trading partners and he delivered on that promise. The USMCA is good for Oklahoma farmers, ranchers, workers, manufacturers, and businesses. Canada and Mexico are Oklahoma’s top trading partners and this is a huge opportunity to put us on a level playing field with our neighbors. Speaker Pelosi has claimed for months that she’s on ‘a path to yes,’ but she has refused to give the American people this win because she doesn’t want to give President Trump a win. Every day we delay passage is another day the American people miss out on the benefits of the deal. It’s time quit playing games and pass the USMCA.”

“The USMCA is good for Americans. There’s no reason to hold it up any longer. Speaker Pelosi needs to put politics aside and let us have this debate in the people’s House and vote on the USMCA before the end of the year. More than 112,000 jobs in our home state of Oklahoma depend on trade with Mexico and Canada. The deal is expected to create more than 176,000 new jobs and stimulate over $68 billion in new economic growth. This kind of growth in our economy is beyond political spats and has overwhelming, bipartisan support in Congress. We cannot stall this deal any longer.”

“Stronger trading relationships with our neighbors mean a stronger economy for Oklahoma. Free and fair trade is important to the families, workers, and businesses in my district, and that is why I am fighting for finalization of the USMCA every step of the way. Our next step towards passing a trade deal is to complete a bipartisan agreement between the U.S. Trade Representative and the working group negotiating final changes to the USMCA. Finding common ground takes hard work, and we won’t cross the finish line with finger-pointing or partisan politics. As the year comes to a close, we must find a bipartisan agreement and bring the USMCA to the floor for a vote.”