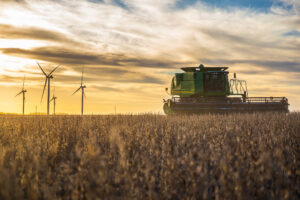 Gov. Kevin Stitt highlighted a number of key issues for Oklahoma Farm Bureau members in his State of the State address on Monday, Feb. 1. “The state of our state is strong because we are resilient and well-positioned for a bright future,” Stitt said, as he began his address to state lawmakers. Most notably for farmers and ranchers, Stitt committed to protecting Oklahoma agriculture producers as he announced the tenets of his legislative agenda, dubbed “The People’s Agenda.” “We’ll fight for our farmers and ranchers and the Oklahoma way of life,” Stitt said. The governor’s agenda also includes keeping taxpayer […] 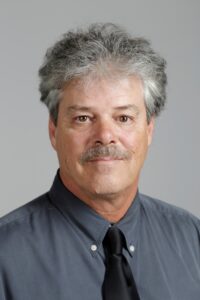 Jack Money of The Oklahoman recently was honored with Oklahoma Farm Bureau’s 2020 Journalist of the Year Award. The award honors journalists for their contributions through reporting accurately and regularly about agricultural and rural issues. “It was quite the unexpected honor and I’m most appreciative for it,” Money said of being named the award winner. “I hope I’m around to keep an eye on your all’s world as we go into 2021.” Money was chosen for the award after his coverage of various issues facing the agriculture community over the last year including depressed commodity prices, farm bankruptcies and disruptions […] 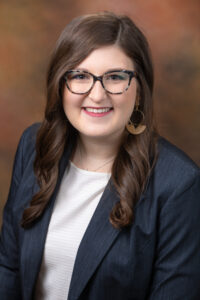 Oklahoma Farm Bureau recently hired Rebekah Nash as a communications specialist. Nash is re-joining OKFB after completing the 2019 summer communications internship program.  She will assist the organization in creating and managing content for social media, overseeing the website, and providing support for written content. “Growing up in agriculture ignited my passion for the industry, but after my internship with OKFB, I knew I wanted to tell the stories of farmers and ranchers,” Nash said. “I am looking forward to meeting members from across the state and learning more about Oklahoma’s extensive agricultural industry.” Originally from Moweaqua, Illinois, Nash was […] 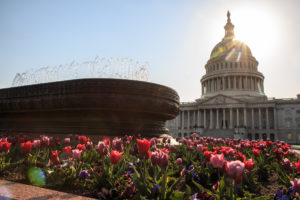 American Farm Bureau President Zippy Duvall shared the national organization’s efforts for farmers and ranchers this year in an address to Oklahoma Farm Bureau members during the organization’s 2020 online business meeting held Thursday, Nov. 5. Duvall conveyed six key issues AFBF leaders and staff have worked on in Washington, D.C., during the past year. 1. Cultivating relationships with Congress, federal agencies Many of Farm Bureau’s successes can be attributed to the continued and new relationships being built between AFBF and congressional leadership, fellow agricultural organizations and federal agencies, including the U.S. Department of Agriculture and the Environmental Protection Agency. […]

Oklahoma Farm Bureau members elected new leaders, conducted organizational business and heard from speakers during the organization’s 2020 online business meeting held Thursday, Nov. 5. Held in place of the organization’s typical in-person convention, the meeting was streamed online and at nine in-district gatherings held across the state. New state directors were elected by Farm Bureau members in districts one, four and seven during in-person caucus meetings held at 5:30 p.m. Leon Richards of Texas County, Kerry Givens of Comanche County and Stacy Simunek of Kay County were chosen by members to represent districts one, four and seven, respectively, on […] 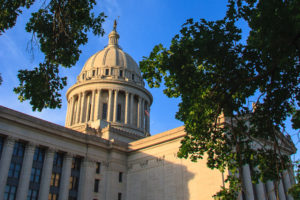 Oklahoma Farm Bureau members are celebrating a fruitful 2020 election cycle after Tuesday’s general election resulted in successful races by numerous candidates supported by the organization’s grassroots-driven political action committees. All six congressional candidates endorsed by OKFB’s federal Ag PAC were elected, while 87% of candidates supported by the organization’s state-level political action committee, the OKFB Ag Fund, were chosen to serve in public office in 2020. “Both the Ag PAC and the Ag Fund exist to give farmers and ranchers a voice in the elections that impact our very livelihoods,” said Keeff Felty, Jackson County farmer and OKFB Ag […] 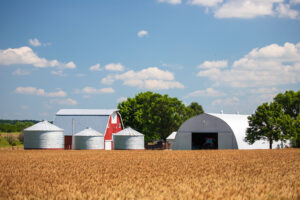 Oklahoma Farm Bureau applauds today’s announcement by the U.S. Department of Agriculture to invest $26.4 million to provide broadband service in unserved and underserved areas in rural Oklahoma. The investment, part of the $550 million Congress allocated to the second round of the ReConnect Program, will grant internet access to 5,996 people and 228 farms across Atoka, Comanche, Haskell and Muskogee counties. “OKFB appreciates the USDA’s additional $26.4 million investment in rural communities to provide broadband access in four Oklahoma counties,” said Rodd Moesel, OKFB president. “Reliable internet access is no longer a luxury but a necessity for day-to-day life […] 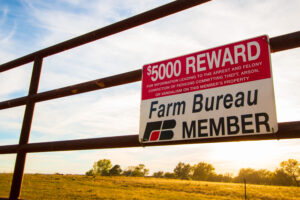 Oklahoma Farm Bureau has joined a coalition opposing State Question 805, which will be voted on by Oklahomans in the Nov. 3 general election. SQ 805 seeks to amend the Oklahoma Constitution by preventing a criminal’s previous non-violent felony convictions from being used to enhance his or her current sentence for a non-violent felony conviction. The measure would allow convicted felons who repeatedly commit crimes, including livestock theft, property crimes and other agricultural crimes, to be treated as first-time offenders. With longstanding policy that calls for strong penalties on agricultural crimes, OKFB opposes the measure due to concerns over its potential impact in rural communities, specifically […] 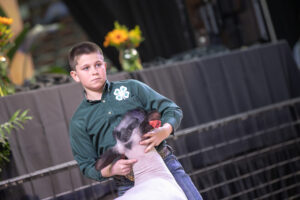 Oklahoma Farm Bureau helped support the state’s agriculture youth by purchasing $30,000 in premiums at the 2020 Tulsa State Fair Night of Champions Premium Sale. Farm Bureau partnered with fellow agriculture and rural organizations and individuals to purchase premiums on the animals of 121 students, including the grand champion barrow and grand champion goat. “Oklahoma Farm Bureau is always proud to support our state’s incredible 4-H and FFA students at the Tulsa State Fair,” said Rodd Moesel, OKFB president. “We know the lessons and life skills these students develop as they raise, care for and show animals will carry on […] 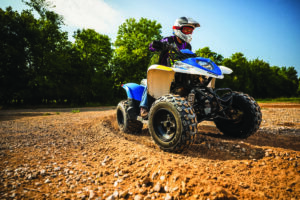 Oklahoma Farm Bureau and Oklahoma 4-H have teamed up to establish the Oklahoma Farm Bureau/Oklahoma 4-H ATV Training Facility in an effort to combat the rise of off-road accidents across the state. Located on 25 acres near the Logan County Fairgrounds in Guthrie, ATV riders 10-years-old and above can participate in the program that covers basic safety techniques through a variety of exercises. The ATV RiderCourse consists of a two-hour online e-course at home, followed by a three-hour hands-on class instructed by licensed ATV Safety Institute instructors. Youth groups have the option to add a teamwork and leadership component to […]